The story of "Bridget", part 1 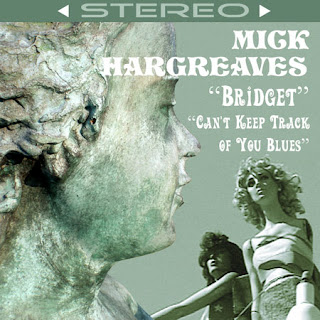 "Gary Jude Anderson was a Long Island songwriter of long standing renown. In the mid 1980s , he was the featured vocalist in an early incarnation of the famous Scofflaws with Richard Brooks. More recently he has appeared with some of the finest bands on Long Island, including those of Steve Prisco and Roy Wilson. He was also a staple of the legendary Elvis Tribute Show. He passed away on February 14, 2008. "
-------------------------------
I might have been formally introduced to Gary Jude Anderson, writer of the song "Bridget", but I'm not really sure.

We were in the same room only twice, back in January 2008 - at a rehearsal, and at the subsequent gig, for an annual Long Island charity event called The Elvis Show, going on 15 some-odd years now. Steve Prisco of The Blaggards organizes it every year, to benefit local food bank charities, and of the many singers belting out Elvis songs in front of backing bands all night, Gary Jude was one of them. Then he passed away a few weeks after the show, on Valentines Day 2008."

Steve Prisco blogged about Gary Jude, and launched a MySpace page in post-humous tribute, featuring several recordings, including the original demo of "Bridget". At his own MySpace page, Steve uploaded his own "Ska" version of "Bridget", and encouraged local musicians to record their own versions of as well. That's how I got interested. Kieth Hille, another Elvis Show singer, is reportedly working on a version.
When I heard Gary Jude's original demo of "Bridget" it knocked me out. The raw, plaintive pain in his voice totally eclipsed the home-made quality of the demo recording. I immediately heard a totally over-the top production version in my head, and no further inspiration was necessary. I was sad that I never really got to know Gary, so I was consumed with the desire to get a big-sounding version recorded, do the song justice, and to somehow send some positive thoughts about Gary out into the ether.

I called Skip English to produce, and by December of 2008, recording had begun. Our production team completed mixing the song in March of 2009. Mastering was finished in early April.

I imagined a Dion & The Belmonts / Del Shannon / Roy Orbison recording session at Ocean Way Studios on the west coast, produced and arranged by the dream team of Phil Spector and Brian Wilson... and a film to accompany the song is planned.

The "flip side" of "Bridget" is the "Can't Keep Track of You Blues",  featuring guitar work by both East End icon Gene Casey (The Lone Sharks) AND up-and-coming guitar hotshot Matty Liot. 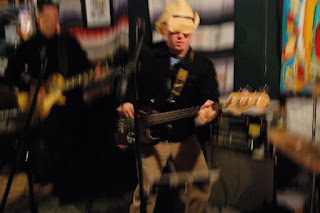 Posted by Mick Hargreaves at 3:00 PM