To Fade Away So Young... With So Much Left Undone...

Up for air now after shows, studio stuff...
And I'm finally looking at the television this Monday morning.

A long time ago, I heard a friend say "Nothing will change until there are dead babies in the streets."

We've had warning signs for a long time, and actual horror shows for just as long. That time has now come - we finally have my friend's prediction right at our feet.

It's easy to relentlessly badger your elected officials. Email them, call them, post on their FB pages: Pick a component to complain about... Gratuitously violent video games & entertainment; under-funded mental health care; and most obviously, the proliferation and sale (to anyone with a pulse, in some states - you know who you are) of military-grade assault weapons. Or give them the trifecta of all three.

Two of my students came to my show Saturday night. I caught a glimpse of them from the stage as we were about to go on. I immediately wondered how I would feel if the the worst had ever happened to any of my students, and couldn't imagine it. Then I tried to imagine how I would feel as a parent, and the degree of my total inability to do so... pinned the meters. My mouth dropped, I choked up a bit, but then the band circled up, did our show, and I looked straight at those two students most of my time on stage. They made my night, really.

Whatever you do, do it for the babies. But make sure you let your elected officials know how you feel.

I have no doubt that the vast majority of NRA members are responsible, safety-minded hunters and target shooters. For you guys, the time has never been better to change your organization from within. Get rid of the military-grade weaponry. Only people assaulting people en masse need these things.

And do it for the babies. 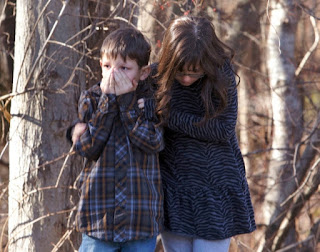 Posted by Mick Hargreaves at 9:01 AM