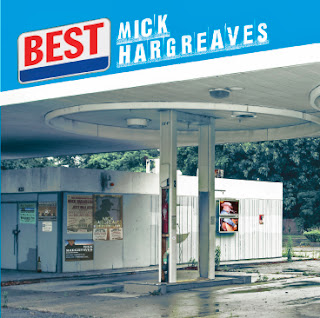 "Best" Mick Hargreaves (2013)
Long Islander Mick Hargreaves is a musical experience. A songwriter of taste who can smith words and a bandleader known far and wide from his East end roost, Mick pours out originality and style with a familiar 60's rock viewpoint and a bit of a country lilt.

As you listen, you’ll hear Nick Lowe Brit-pop new wave and its predecessors like Herman’s Hermits and Loving Spoonful, Beatles and even Simon & Garfunkel influencing, flowing and drving through 17 cuts of fine tune.

Hargreaves’ work focuses on the songs with catchy lyrics, catchy riffs and danceable groove so he is accessible on a variety of levels. Mick also has a strong sense of place. Long Island flows through his veins both as a place, an idea and from a music influence or origination viewpoint. Hargreaves does LI proud and follows in the footsteps of such artists as Barnaby Bye, Ellie Greenwich, William Joel, et al.

Great tunes are great tunes especially when they are joined by fine musicianship and an excellent disk. 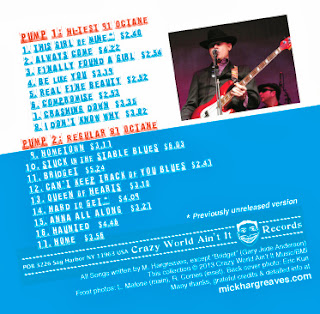