At The Diner With The Old-Timers and the Imperial Wing-Nut. 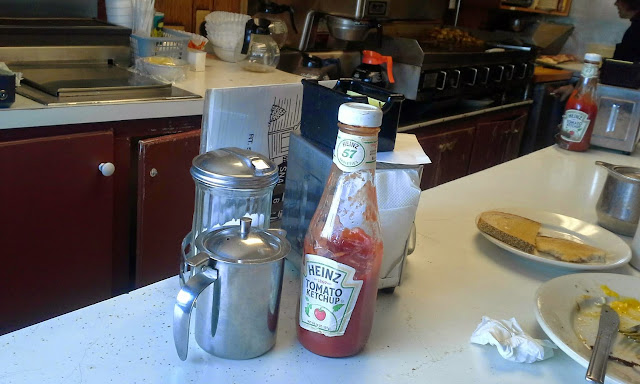 The creeks started to flow, and the ponds began to exhibit water instead of only ice. The musician went into town to get plank wood to make additional speaker stands for the recording studio control room, a replacement for the Jeep gas cap that had been stolen, and wing-nut to fix one of his harp braces.

First priority was breakfast at the local mom-and-pop luncheonette. He knew, before even leaving the house, that today was going to be a western omelette, home fries, and coffee; cream and sugar. As he sat at the counter (on a red-upholstered chrome metal spin-top stool, of course), marveling at the wizardry of an experienced short-order cook in action, an old-timer sat down next to him. They struck up a conversation.

Joe had been a mess hall line cook in the Army Artillery; like the musician's father, he had been fortunate enough to have been drafted between the Korean and Vietnam wars. The lucky void. He had served mostly in-country: a place known as New Jersey.

In no time at all, the topics of religion and politics were broached. The musician prepared for the worst.

What came in rapid-fire succession was a surprise: Corporate money in politics was nauseating. How DARE any men tell women what to do with their bodies? Health care reform sure was weak, and probably corrupt, but heck, it was better than nothing, and, yes, insurance should be taken out of the equation. The Tea Party is just a different form of terrorism, albeit in minuteman's clothing. How can you take away food stamps from those who live in a ghetto of opportunity? Keeping the minimum wage stagnant was baloney. He was sick of the Ayn-Randian "screw you, I've got mine" mindset; the Bible says we are our brother's keepers. How convenient that so many of us have forgotten that part. Elizabeth Warren wants to throw out the money-changers - Why is no one listening to her?

A phone call about a keyboard lured the musician outside. Upon returning, he came into a discussion that now involved several old-timers. It was a three-alarm fire, and the flames said that yeah, maybe Afghanistan was necessary, but we never should have gone into Iraq.

The musician politely left when the topic turned to bombing the entirety of the Middle East, World War III, and a violent solution to the current Speaker of the House situation. He couldn't condone any of that, but at least he saw evidence of really old white guys who were not just spewing what the talking heads told them to. He felt good and left for the hardware store.

The revelation there was that the German-made harmonica brace, to his surprise, was not metric in nature: It required an Imperial Wing-Nut.

Weird Metaphor had been achieved. 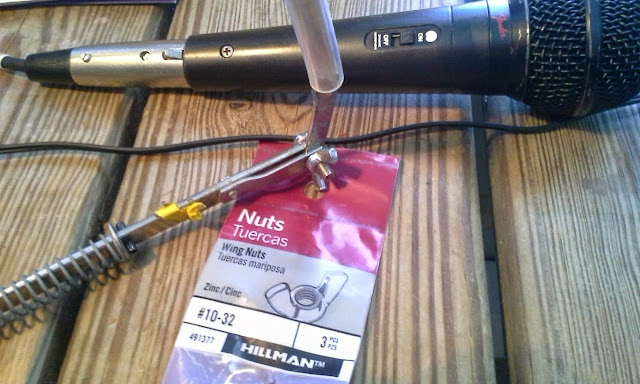 Posted by Mick Hargreaves at 2:48 PM