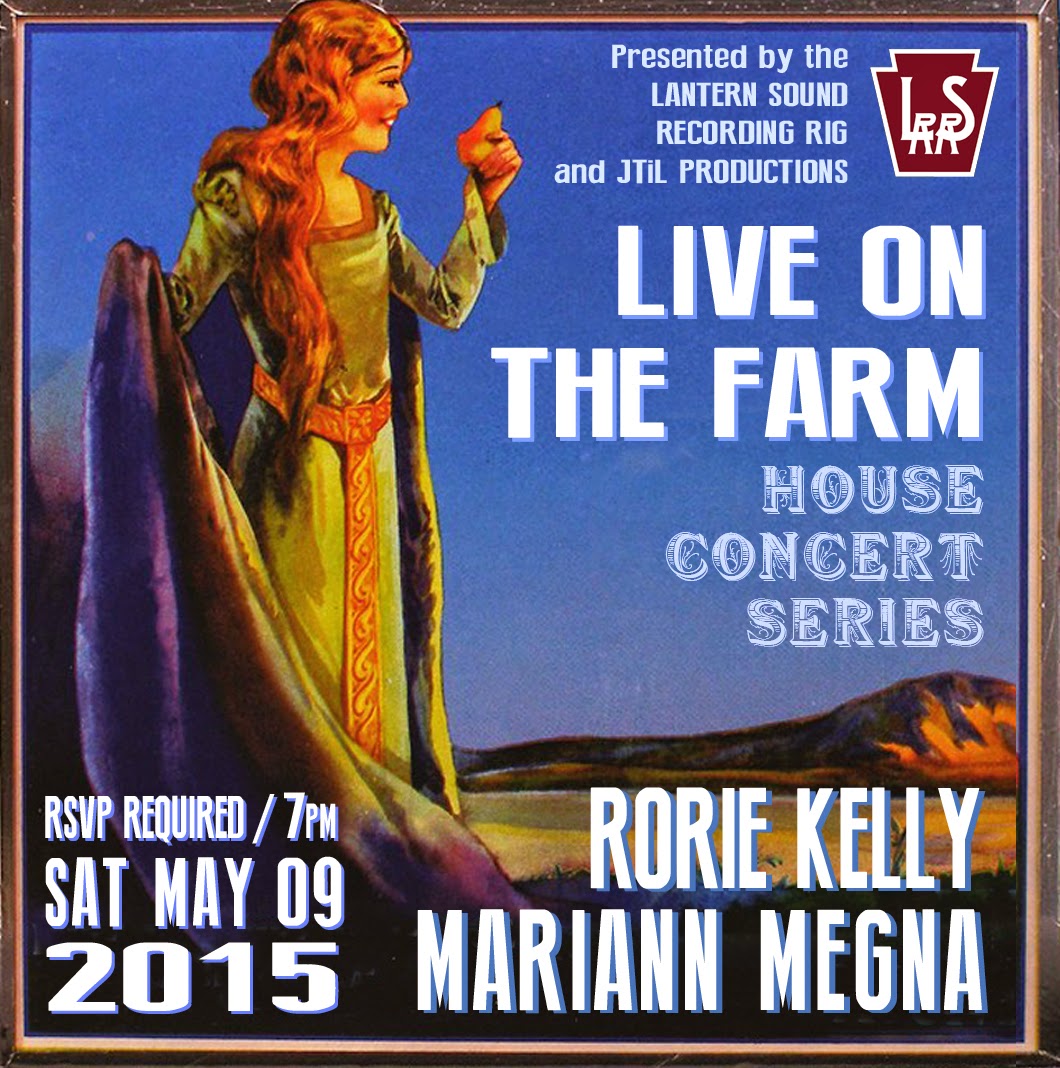 "Live on The Farm" House Concert
SATURDAY MAY 9th 2015 - 7pm
From the upcoming "One Guitar" effort:

Rorie Kelly is a small redheaded tornado of sound. Her aggressive acoustic guitar style complements raw, powerhouse vocals to pack a serious punch. First-time listeners often comment, "I can't believe that voice came out of that body." Rorie has been making music since her teenage years and was strongly influenced by the tell-all, stream-of-consciousness songwriting style of the 90s. "Growing up I was listening to Liz Phair, Alanis Morissette, and Ben Folds Five alongside Joni Mitchell and The Beatles," she says. "That's where my foundation comes from as a musician." Over the years, Rorie has been compared to Janis Joplin and Alanis Morissette for her high-powered vocals, and Joni Mitchell and Sarah Bareilles for her catchy-confessional brand of songwriting.

"I love a good melody, I'm a classic that way, and old enough now to sing the blues with intention", says Mariann Megna. Her 'Grey Matters' release, available on Itunes, CDbaby and Amazon.com, was preceded by her first two recorded efforts, 'Still' with Nancy Remkus, and 'Trails',  a solo compilation. Mariann is part of the house ensemble called "Country Roast" at the Monday-weekly "East End Opry" (Fresh in Bridgehampton), featuring Klyph Black, James Benard, Randolph Hudson and often a special guest or two.

BYOB and, a dish to pass if you like.
Additional refreshments and snacks will be provided.


RSVP to receive location information and reserve a seat:


This is an indoor event, and will be audio/video recorded for later webcast.
Posted by Mick Hargreaves at 10:54 AM