"Live On the Farm" - House Concert Installment No. 9

Last "Live on The Farm" show of the season, and last house concert here until April 2016!

The ninth installment of our monthly series, and our last for 2015, recorded live for video and audio at the Lantern Sound Recording Rig with JTiL Productions, features acoustic wizard Robert Bruey, plus special guests that will include Whaleheart, and DJ JTiL in the Solid State Lounge. This one will go late.


We are located in the Central Long Island Pine Barrens. RSVP to Mick Hargreaves via all the usual Social media avenues, email (mick_hargreaves at yahoo dot com) to get details and location, or call the Lantern Sound Recording Rig at our new landline:

Beverages, snacks. $15 suggested donation goes to the artists. Bringing a dish to pass and BYOB are AOK. 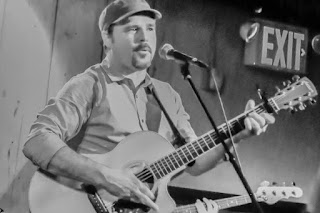 Robert Bruey - Featured Performer
Singer-songwriter and fingerstyle guitarist Robert Bruey grew up in rural New England and lives on Long Island’s North Fork. His roots and how they have helped to shape him are reflected in the original music on his recently released CD, 'Carousel', and are even more evident during a live performance. Robert Bruey’s music is honest and real, raw and meaningful, gritty and naturalistic. His deft, spare and unique finger-picking style -- with notes carefully left alone to be heard in the moment -- provides a perfect complement for his earthy and soulful voice and the meaningful, introspective lyrics of his songs. As a musical artist, he paints with words -- imbuing his songs with imagery that enables listeners to visualize his stories as he sings them.Although he cites such diverse artists as Dave Matthews, Van Morrison, Waylon Jennings, Jackson Browne and Damien Rice as influences, Robert Bruey is his own muse blazing his own musical path – one that should lead him into listening rooms and living rooms far and wide. 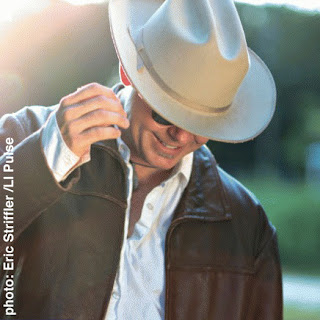 Mick Hargreaves - Opener and Host
"The songs of Mick Hargreaves can be easily pigeonholed as "Americana", but that would do a grave injustice to the breadth of styles his tunes encompass. Having fronted many different outfits over the years, Mick's songs manage to contain a little slice of each of the roads he's traveled. A little classic twang here, some Early 80's college rock flavor there, but always tied together with strong pop hooks and melodies. It's hard not to compare him to another musical jack-of-all-trades in the legendary songwriter/producer Nick Lowe, as Mick also happens to be known for slinging a 4 string electric bass in addition to pickin' the six string. A veteran of the business, Mr. Hargreaves has cracked the code of what it takes to create some seriously infectious American pop/rock." - Bryan Gallo

At the end of 2014, Mick's Lantern Sound Recording Rig (LSRR) took up residence in a sprawling 1920's farmhouse in the pine barrens of Long Island NY, where he now records, rehearses, and holds house concerts. Many area acts have now made their records at this location, which has quickly become "The Route of the Relaxed Recording Artist". 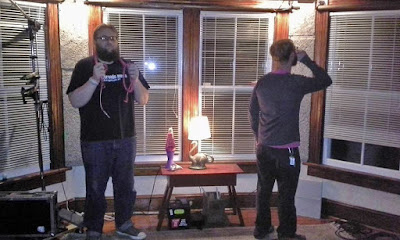 Whaleheart - Late Set
Whaleheart adhere to a self-administered regimen of "Beer, Beards, and Bowie" and are finishing up a 4-song EP at the LSRR. They will perform a smokey late-night set. 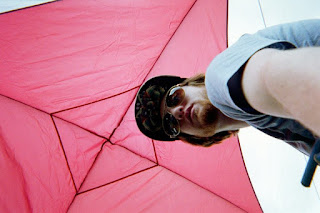 DJ JTiL - Spinning after-hours in the Solid State Lounge
Originally from Eastern Long Island, "JTiL" (Jody Gambino) is a visual artist, filmmaker and jewelry designer. After living in Savannah, Georgia during the height of the electronic era and dub step movement, J TiL traveled back to his home state of New York to introduce a wide range of music to those willing to listen. Inspired by J Dilla, Madlib and Flying Lotus, JTiL can be heard spinning musical genres including (but as not limited to) Electronic, Hip-Hop, Trip-Hop, Glitch-Hop, Jazz Hip-Hop, Soul, Funk, Trap, Bounce,Reggae, Chill Wave and anything else considered Bass Music. JTiL is also known to include samples of classic rock and indie rock in his mixes. 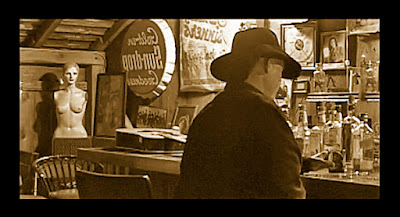 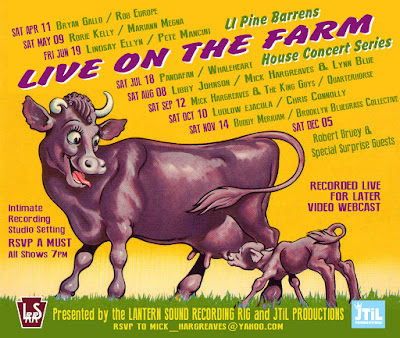 Posted by Mick Hargreaves at 12:37 PM